Never did I ever dream that I'll get featured someday in Magazines along with very popular chefs whom I had been admiring for long. But it happened all of a sudden for which I thank God :) And I did not imagine that I'll be appearing on TV too :)
Featured in a popular Tamil magazine AVAL KITCHEN MAGAZINE; issues November 2014 & December 2014;

In December 14 issue; Sweets, desserts, A Non-veg recipe with step by step clicks (chicken meat balls) and cake recipes had been featured. Adding to that the cover picture of the magazine is my photograph :D 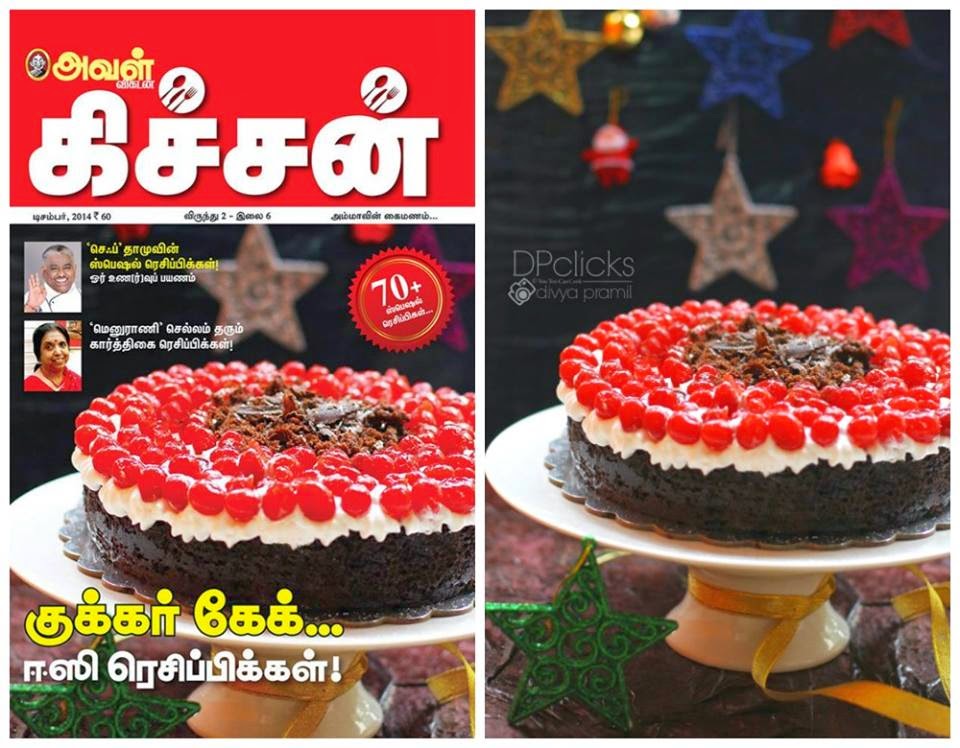 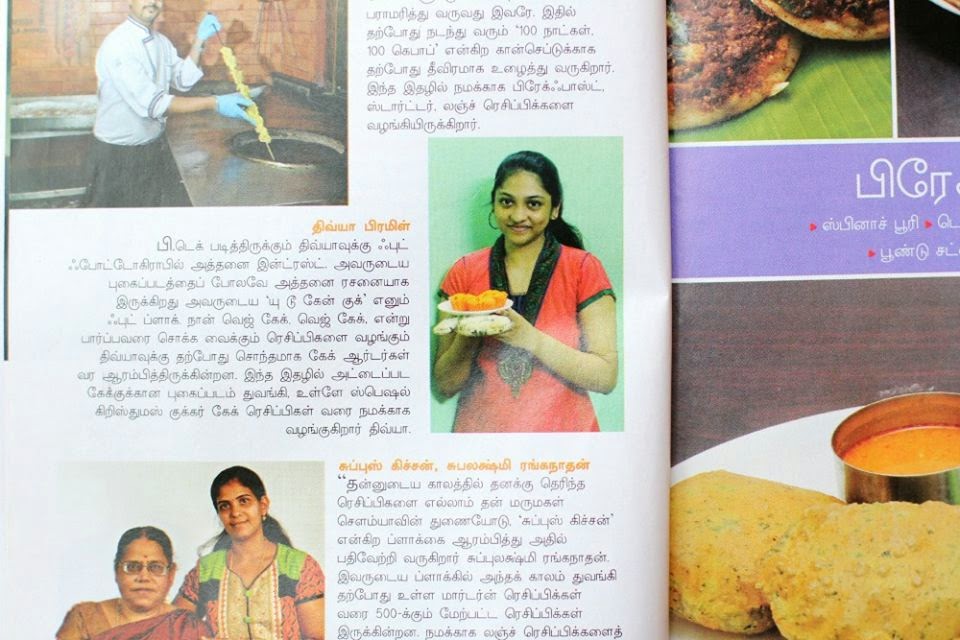 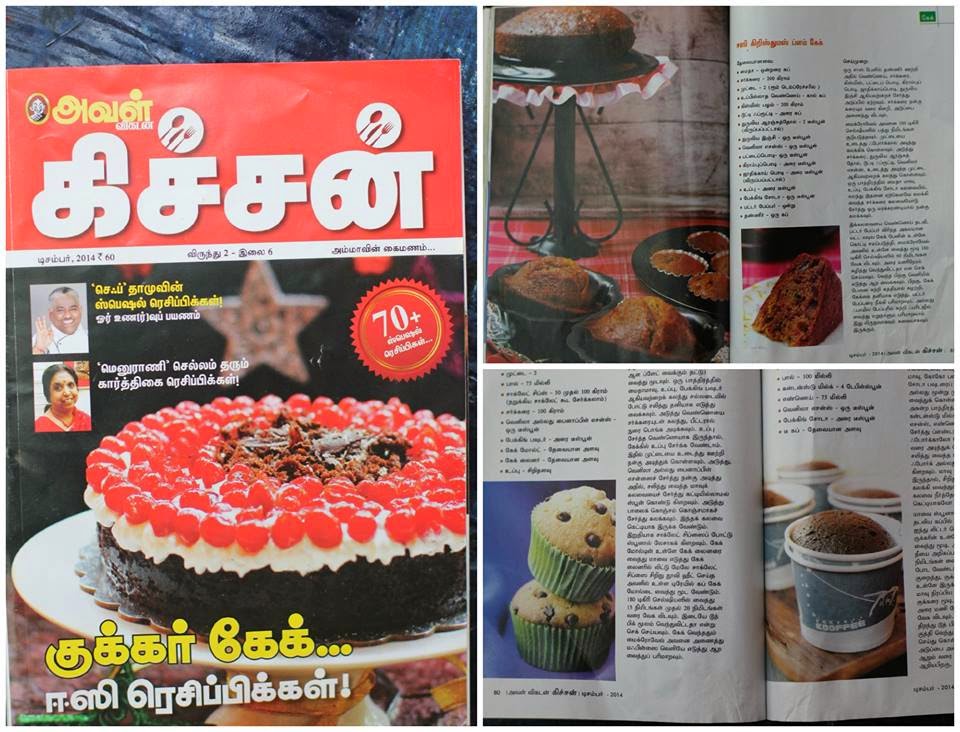 In the November 2014 issue; 15+ recipes had been featured. Breakfast recipes; Nonveg recipes and drinks got featured. 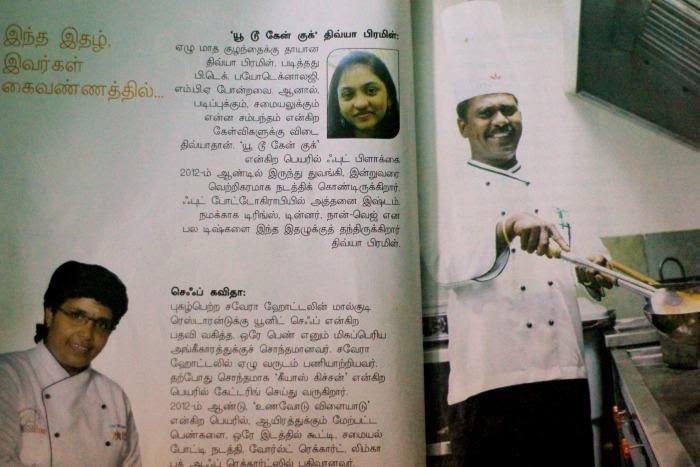 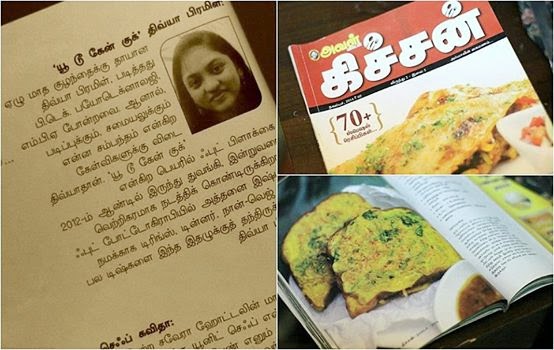 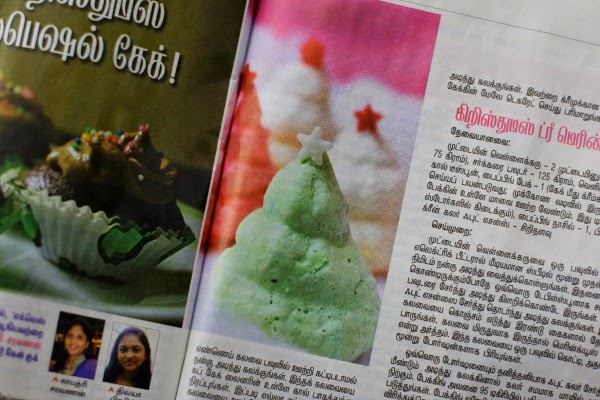 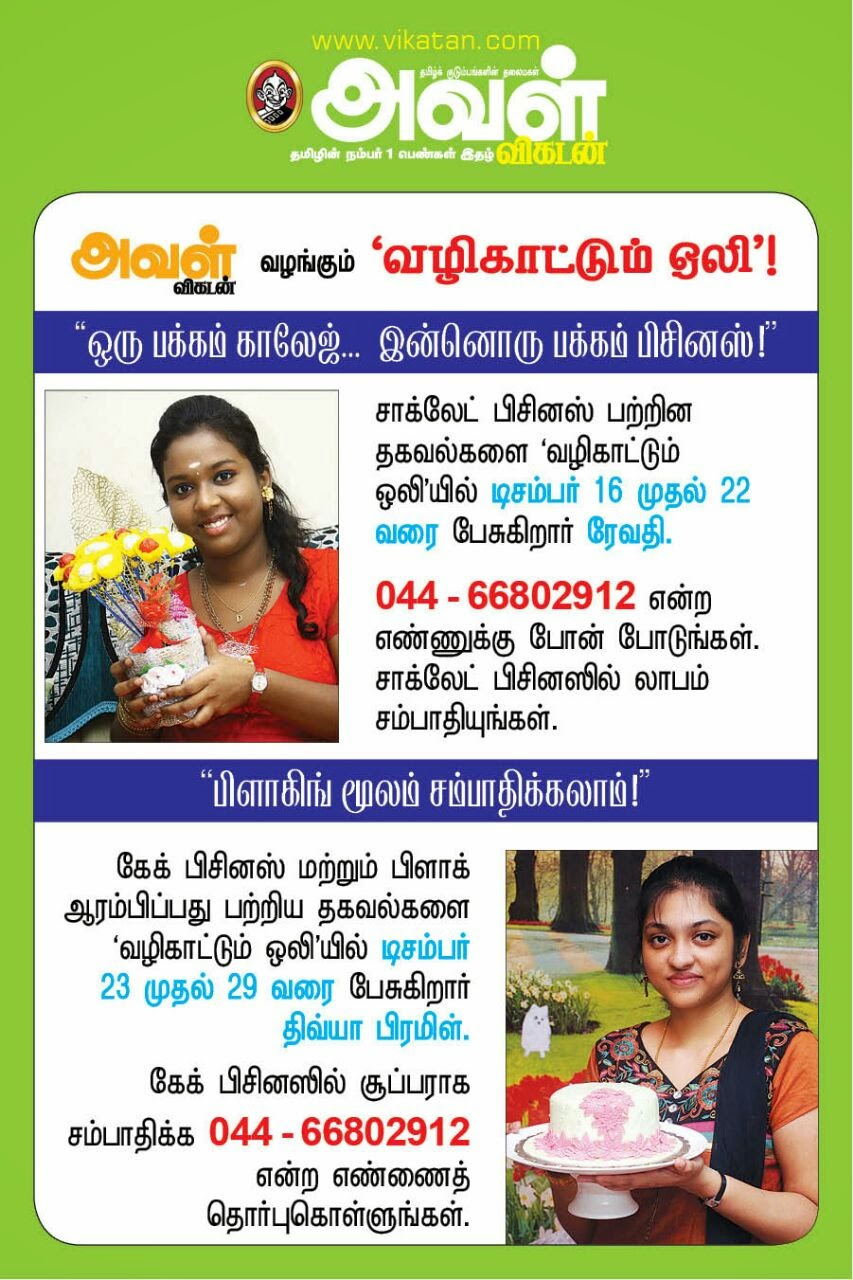 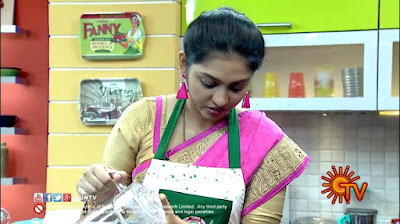 I appeared for the first time on Sun TV for Kitchen Galatta Show! It was my very first appearance on TV and I can never forget the experience I had there! And after that I got the opportunity to be included in the team and appear regularly every Thursdays on Sun Tv at 10:30 a.m. every week!

Here's a link to my recent show :) 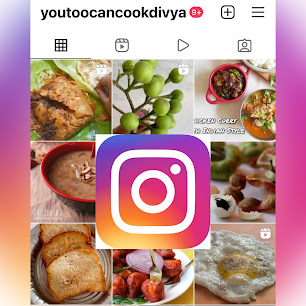